Big Atomic was founded in 1998. I was beginning to record a solo album with Grammy winning producer Phil Tan for the short lived Annunaki record label, and I had a showcase at the Atlantis Music Conference to prepare for. Needing a band yesterday, I was fortunately introduced to “Tigger” Ferguson (of Athens’ seminal alternative /punk band 5-8) by the photographer taking my album cover shot, Tamara Rafkin. Tigger and I clicked right from the beginning, discussing politics, literature, world affairs, and the benefits of Apple computers. It turned out that Tigger’s wife just happened to be Jackie Ferguson, a fantastic bass player (and wonderful cook) most often decked out in combat boots, a dress, and killer tattoos.

Jackie was in a band with wonderful singer/songwriter Sean Arington, who, once he realized I was stealing his band, approached me and said quite plainly that he wanted to be in my group. He never did audition I don’t think, we just started learning the set and writing songs together. Through Sean, I met world class pianist Damon Denton who really filled out the band with his textures, energy, great part writing, and mysterious exits. The group quickly gained momentum playing around Athens and Atlanta at the Cotton Club, Smith’s Olde Bar, the 40 Watt Club, and the Georgia Theatre. This resulted in some incredibly fun/slightly stressful, high profile appearances at Atlanta’s Music Midtown, 99X’s Big Day Out, and the Atlantis Music Festival. Things were going well, we got a manager, an agent, recorded demos and worked with producers Andy Baker and Rick Beatto, but the dissolution of Jackie and Tigger’s relationship marked the creative end to the group.

I had taken out significant loans (don’t tell the student loan people!) to record and press the cd “Four Star Explosion”, and now that the band was over, I was stuck with a thousand coasters with “Big Atomic” on them. To pay that off, I took my shiny new business degree that I had somehow received from UGA and started working for a cable television station in Atlanta. I was managing a computer network, which is sort of a feast or famine type of job. You’re either freaking out, checking data and screens to see if you should be freaking out, or you’re not doing much of anything.

I worked the overnight shift by myself, so unbeknownest to the company, I snuck in a guitar and used the downtime to write songs and practice. I started meeting musicians, including drummer Marcus Petruska who was a fan of the Athens-based Big Atomic. He had actually left me an enthusiastic message on my voicemail about a Smith’s Olde Bar show in Atlanta 2 years before. (I never found out how he got my number back then!) He met and introduced me to Todd Weaver, a bass player/multi instrumentalist that had just come to town from Mississippi. We did an audition/rehearsal in my small apartment bedroom, and Todd didn’t say much, but he was clearly very good and the chemistry was there.

The three of us became the core of a group that at times included Jason Salzman, Afredo Hertz, Aaron Thompson,Sean McIntyre, Greg Spencer, and Hank Barbee. I wrote, and we recorded “Wrestling the Dragon and the Rat” while we all were living at “Casa Vidal”, a musician’s commune of sorts (gone now, R.I.P) that almost every steadily working musician in Atlanta had lived in at one point or another. We attracted a bunch of great fans and friends, recorded our music, and often played 9 gigs a week! On a typical weekend night, I’d play a solo gig in Decatur from 5:30pm -8:30pm, break down the PA, drive to Buckhead or Midtown, set up and play with Todd from 10:30pm til 2am. The two of us would break down and load out the PA, and I’d rush over to set up at the Riviera’s VIP room for a 2:30am start while Todd finished loading out his gear.

I’d start playing, and when Todd and Marcus could make it from wherever they were, they’d join in and we’d play until 6:30am! We made some great music, but the crazy schedule and need to make it financially in Atlanta burned us out a bit. I moved to Vail for a year (but that’s another story…), and came back with a bunch of new material. Big Atomic was resurrected on the suggestion of bass player Sean McIntyre with drummer Greg Spencer (Marcus was/is on tour with Zac Brown and Corey Smith) and Hank Barbee, with Todd Weaver moving from bass to keyboards (that guy can do anything!). We’ve played 2 really great shows, and I’ve got a board tape to prove it… 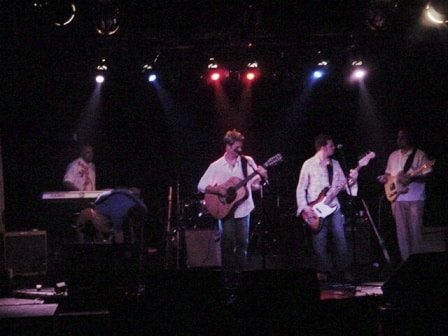 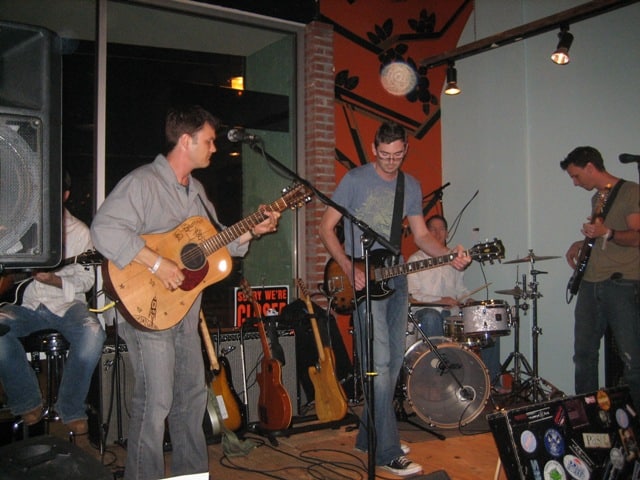 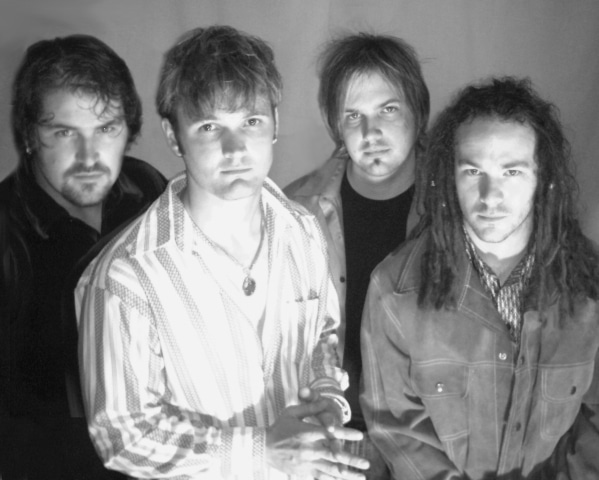 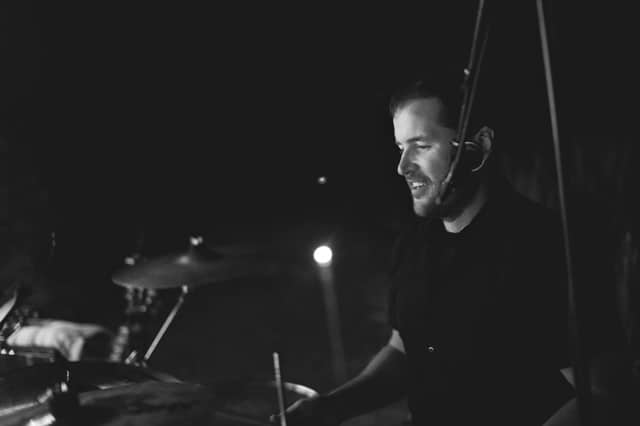 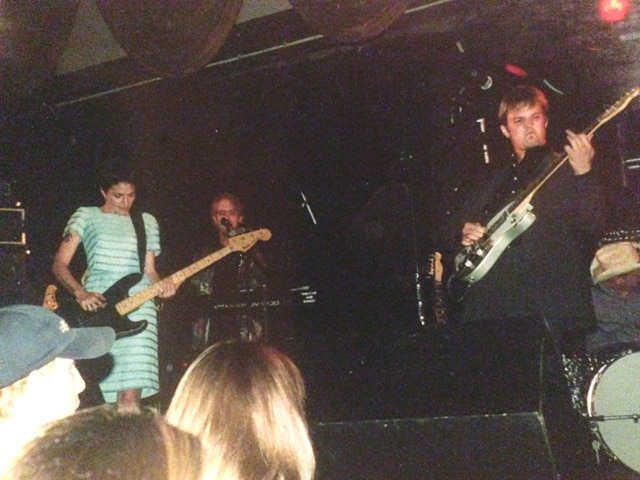